There is a renowned proverb that pen is mightier than a sword but that time, the pen only used to write. But now, technology has become so advance that while writing, you can listen to songs as well as voice record whatever you want to, just like those spy devices. Here is the “3 in 1 Geek Pen” which is not only for Geeks but the cool Geeks. 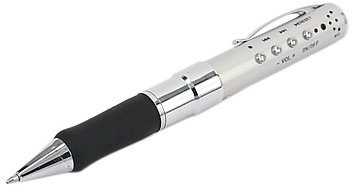 I thank the one who has made this pen because, it makes things just so much easier in so many ways. If you see it in an economic way then after buying this pen, you won’t have to buy an iPod and a good Pen separately because they will cost double of what this one costs.

If you see it in a traveling manner then the only thing you will have to do is keep this pen in your chest-pocket and attend your classes or go to your office. I don’t think that either your grumpy teacher or boss will come to know that you are doing your work with an MP3 player in your pocket. 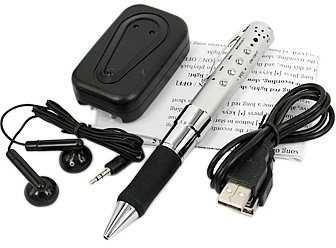 When no ones watching, just take out your earphones, plug it in the pen, listen to your favorite songs and complete your work with peace. It’s an excellent multitasking pen which is functional in many manners and comes with chargeable batteries. 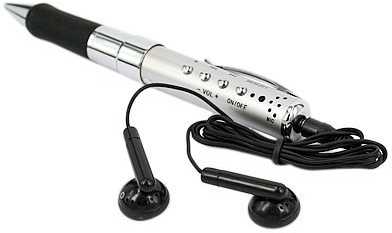 It can be charged through USB or any adapter of US 110-120 V AC outlets. Earphones, USB male to female cable and a wall outlet adapter are also included in the whole Pen package. It’s LED indicates the mode and battery status. If you want to bring one home, it costs $39.95.

You can see some more such geeky gadget like Personal Sound Track Shirt and Predator Mask , which really attract you.