This must be the coolest Pacman Car I have ever seen both for its tribute to the yellow guy and also the apparent Gullwing Doors that make it seems from another world. 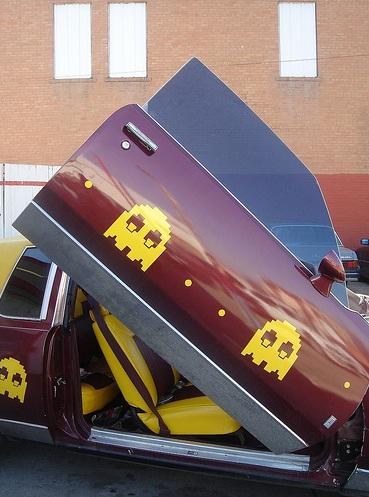 Taken by CarlaDallas, this Pacman car could seriously be one of the coolest car mods ever seen, even without the Pacman stickers…but they do add a lot to the equation.

The Gullwing doors make the Pacman car much cooler and also could intimidate the ghosts by showing the ghost stickers as if they mark the ‘now’ dead ghosts it found in its path of mayhem. Not sure who the owner of such a Super Pacman car is, but hat’s off to you for a great creation combining the reto Pacman video game. 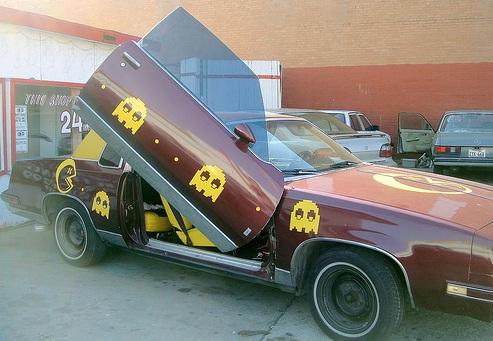 5 thoughts on “The Coolest Pacman Car Has Gullwing Doors”