Toy helicopters are a lot of fun. Maneuvering them over clear blue skies with the user firmly in control is the closest many of us will come to the ultimate joy of flying an aircraft. The downside to regular remote controlled helicopters is that they are difficult to fly and can get easily damaged as well.

Parrot S.A. has developed a remote controlled helicopter that is easy to fly and not so easy to damage. The ‘A.R. Drone’ is a futuristic toy copter that seems to come straight out of sci-fi flicks such as Minority Report. Normal toy helicopters are more or less miniature models of their real life cousins. The A.R. Drone’s design aesthetics go beyond the current helicopter dynamics and sport a revolutionary design. 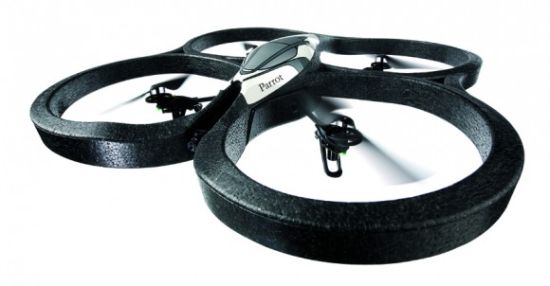 The innovative design features of the A.R. Drone include four rotors instead of the regular two rotors found in ordinary toy helicopters. Translated into layman’s terms, the A.R. is more stable in flight than its twin rotor peers. Moving on from its stable flight features, the futuristic toy copter displays a seductive design that makes it a definite eye candy. 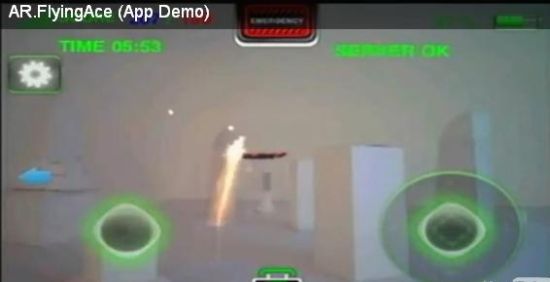 The four rotors of A.R. are placed in a rectangular arrangement with one circular rotor following the other in an aerodynamic framework. The central vein of the four rotors contains a grey colored cockpit on which is inscribed the name of the manufacturer (Parrot). This central vein also contains the brains of the A.R., namely its processor and circuit unit. The entire toy copter is colored in a shade of black that is both, sophisticated and badass, at the same time. 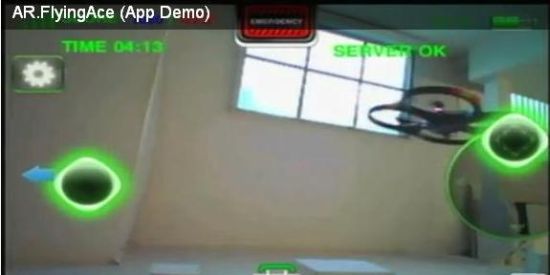 To maneuver regular remote-controlled helicopters, one needs to handle a complex joystick filled with numerous controls. A.R. can be completely controlled with your iPhone, iPod Touch, or iPad. This is made possible by a WiFi networking technology embedded in the Drone that allows users to control the copter both indoors and outdoors. Not only can the user control the Drone with any i-device, the toy copter can also stream back images of its surroundings back to the gadget. It has a front-facing camera and an underbelly camera that guides the user for a smooth flying experience.

The best feature of the A.R. Drone is probably its Flying Ace app that allows multiple users to fight each other in an augmented reality video game. 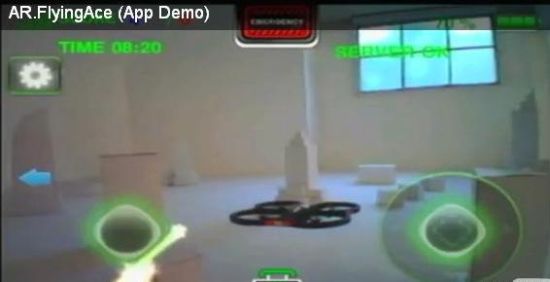 A.R. Drone is currently available at Amazon.com for a retail price of $299.99.  Though it may seem pricey, it is totally worth every penny.

If you have liked this, make sure you also check out RC Car Robot and Letcool Multiplatform Portable Gaming Console.

One thought on “Parrot A.R. Drone – The Futuristic Toy Helicopter”