Talk about a New World Order and the first thing that strikes your mind is how technology will be incorporated into it. We are moving way too fast and 50 years from now, I am sure the world would be a completely different planet. 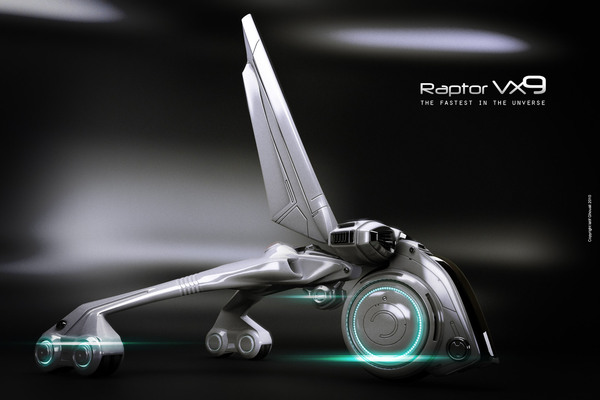 Rockstars would have robotic arms to play guitars, limousines would be longer than trains, monkeys would be running Facebook, and RAPTOR VX9 GTR would be the next Titanic! And, this time it won’t sink, trust me on that one.

What you are seeing here in the pictures is a concept from Latif Ghouali from Algeria. This is the concept of a HUGE Gigantic MASSIVE (and well, a lot of synonyms there) transportation. According to Latif, this thing was created and used by the military of the First Colony in the New Earth. Well, I guess Latif has already spoken about the future as the past or maybe, he is just being absurd. Anyhow, the concept here is to have a gigantic vehicle that can travel within seconds to places. Latif hasn’t presented us with any descriptions but I am assuming that this thing is capable of flying as well as traveling on the ground. 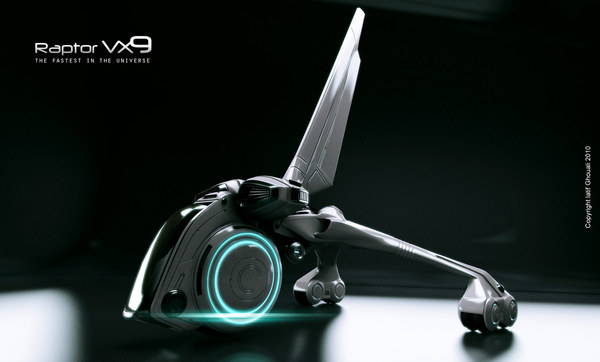 It looks like a huge alien spacecraft inspired by a dragonfly. But, I must admit that if you are someone who loves fantasizing or thinking about the future of humans, then this machine will surely amuse you. Check the picture below which shows two people standing in front of the Raptor and you will get to know how big this thing is meant to be. Honestly, first I thought this is another superbike concept but when I saw the picture with two guys standing in front of the Raptor, I went head over heels! 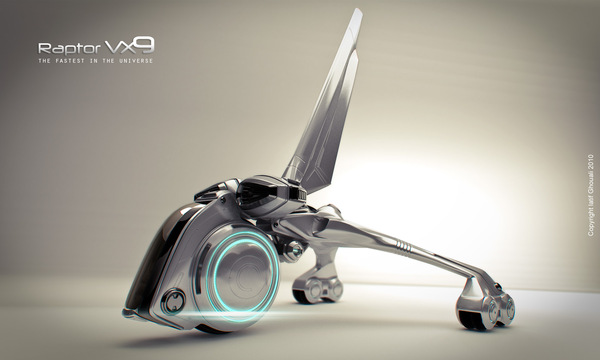 If this thing can ever be created, it would be great to see such a huge, and I mean HUGE vehicle. This is one monster that would for sure shake mother earth and the heavens above while it travels. One awesome concept this is….good job Latif we love the Raptor VX9 GTR! 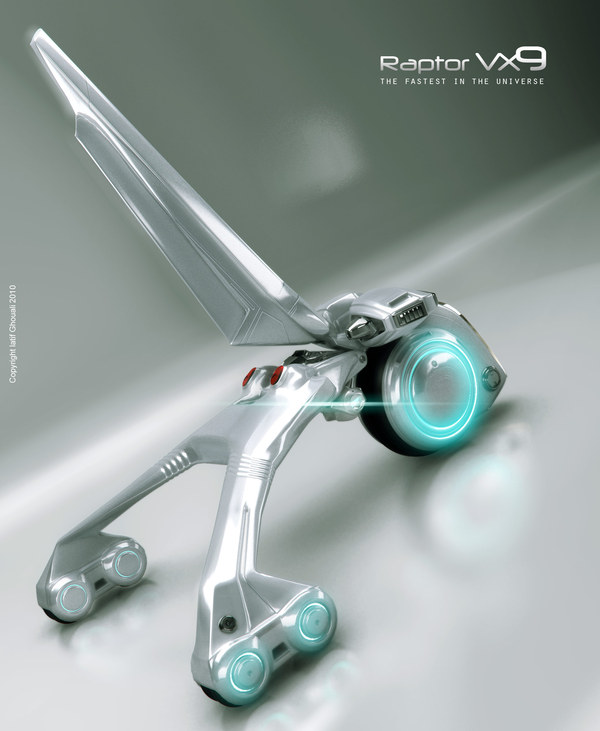 Check out some more amazing concepts here: Elph and The Audi IceKraft.