The niche of remote controlled toys has managed to expand quite a bit in recent years, and developers are becoming increasingly creative in their pursuit of bigger and better RC vehicles. If it doesn’t transform, shoot something, or have some other kind of enhanced functionality, its simply old hat. Not that there is anything wrong with some good old fashioned retro fun, mind you. Here are 5 Amazing RC vehicles that any fan should own. 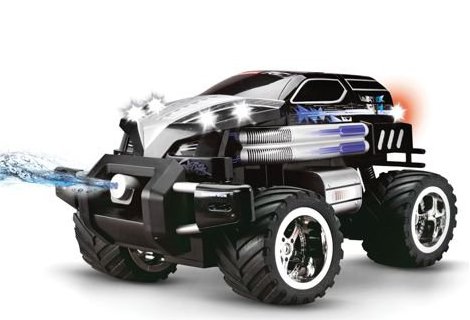 On the surface, a remote controlled SUV with a flashy design and giant wheels seems fairly appealing on its own. Hammacher Schlemmer takes the concept one step further if you look under the hood, however, as this little car also sports an integrated water cannon. The cannon can safely shoot up to 15″ away, fueled by an 8-1/2 oz. reservoir. Even better, You can charge the SUV in an hour and a half, with each charge providing 40 minutes of playing time.  That’s 40 minutes that you could be spending chasing around your less than favorite sibling with a water cannon! Guaranteed for hours of fun. 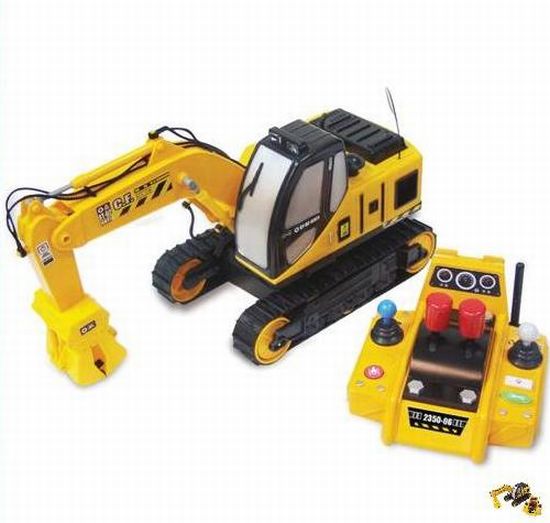 Let’s face it: Controlling large, powerful pieces of construction equipment looks like a lot of fun. This remote controlled grappler helps you recreate that experience without the trouble of a lawsuit after you destroy someone’s property. The remote is actually designed to mimic the controls of the genuine article, so it is about as close as you can get to managing real life heavy duty construction equipment without working in the industry. You can find all sorts of household items to load up and move around, with legos being my personal favorite. 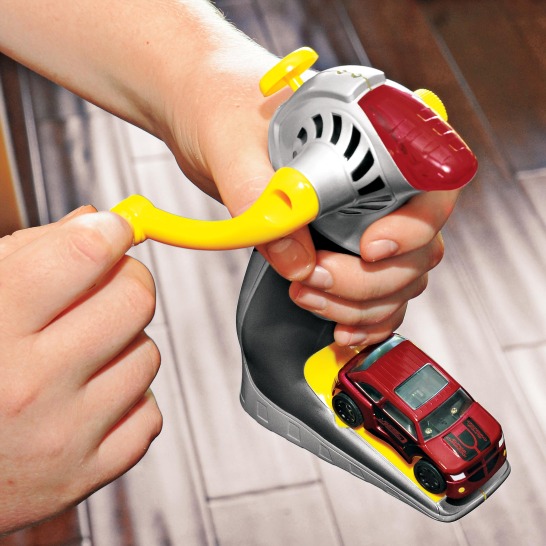 If you aren’t impressed with the new functionality of more modern RC vehicles, this crank start car will provide a nostalgic throw back to the early 80’s. The crank mechanism removes the need for a battery, which should help the toy’s longetivity. With a few turns of the rank, you can power the car for up to three minutes on a full charge. That’s pretty impressive for a car that doesn’t even have a battery on board, am I right? In essence, it is like a remote controlled car that you can power yourself. Interchangeable bodies allow you to change the car’s look and feel to your preference as well. It may not have the same flash and bang as newer models, but there is still something to be said for nostalgia here. 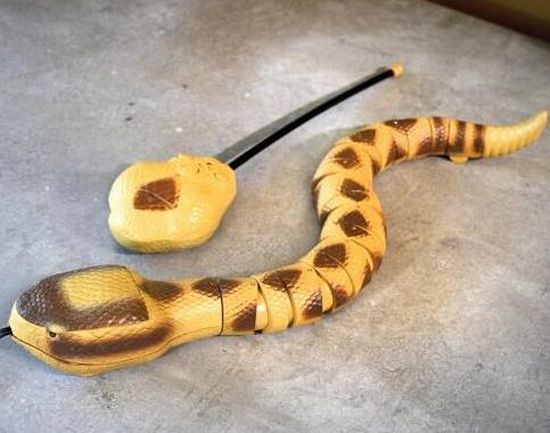 Ok, so technically it isn’t a vehicle, but don’t let that stop you from picking up this educational toy that mimics the real life rattler. The  Discovery remote controlled snake can move around for quite some time with only the help of one 9V and four AA batteries. It measure 25.5″ total in length, and despite it’s cumbersome appearance it can slither across the floor at amazing speeds. Think of all the fun of owning a snake of your own without the hassle of feeding and housing it.  You don’t even have to worry about it getting loose and making a new home under your deck outside. Now all you need is a remote controlled mouse and you can recreate a real life game of predator vs. prey. Who is stronger, who is faster?! You decide. 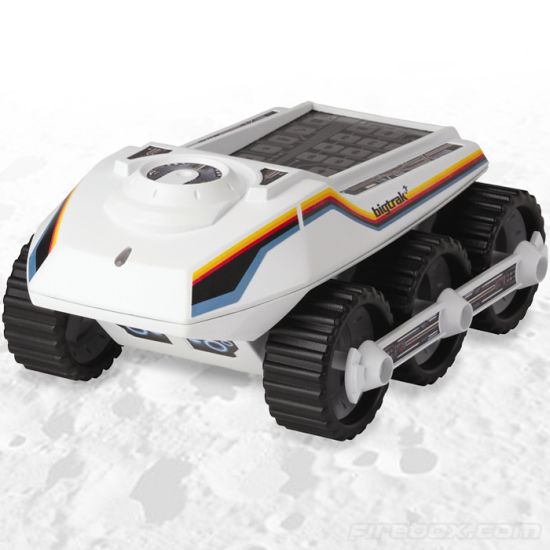 There are some toys from the eighties that were simply ahead of their time, and the Bigtrak definitely falls into that category. The original Bigtrak was a huge hit with kids, and thankfully one clever manufacturer decided to revive the toy with all of it’s retro goodness. Naturally it isn’t quite as big as the original, but the Bigtrak Jr. still sports a sleek colorful graphic and six monstrous wheels. Being able to program the truck in the direction you want it to go can provide hours of fun for the whole family.  I used to line up all sorts of books, boxes, and whatever else I could find into elaborate courses and then use the control panel on top to try and successfully navigate my way through. He didn’t always make it, of course, but the fun is in the journey and not in the destination after all.