I still remember 1956 movie, Forbidden Planet which was made even before I was born. It was seriously commendable because if you see the technology back then, it would be practically impossible for someone even to think of making such a movie. I guess it was the bold step of director Fred M Wilcox which created a trend of such intergalactic movies and world is thankful to him for that. One of the main attractions of the movie was Robby the robot who was one of the protagonists of the movie. 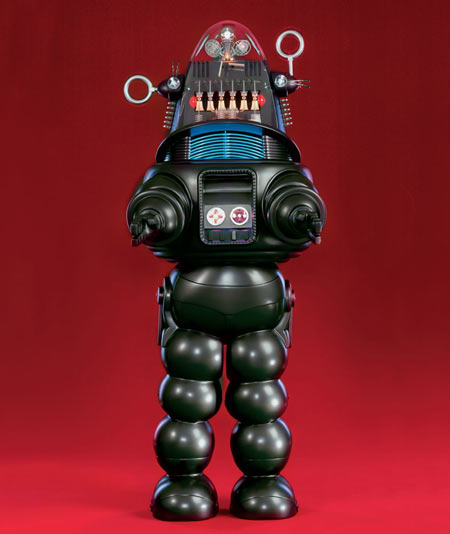 It had really won my appreciation because Robby was presented in a really astounding manner. I bet all those who saw the movie had become his fans and that’s why he appeared in many movies and T V shows after Forbidden planet’s success. Now, here is its 7 foot “Robby the Robot” replica which is surely going to be a great addition to one’s place. 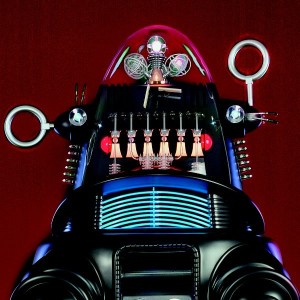 For creating this robot, the same blueprints, molds and templates had been used to create the original costume. Say thanks to the renowned artist- Fred Barton, who is the real man behind its creation. With finest of the materials, the only difference about this one is that it is remote controlled. It has been pre-programmed to speak out his famous lines from the original movie. With the help of the remote control, you can adjust his volume, select track and start or stop functions. He can also rotate his servo-controlled head while spin his planetary gyro stabilizers and rotate his scanners along with emitting various flash lights. The included microphones also allow you to project your own voice through Robby’s sound system.

This has been made for a special edition so if you feel like buying it, then make it quick because there are only limited number of such humongous robot. This killer 7 foot, 100lbs robot comes with a price tag of $49,999.95

You can see some other such beautiful stuff like iGala Digital Photo Frame and Nintendo Game Watch Key Chain, which you may like for your collection.