When we talk about home security systems, we usually refer to alarms, CCTVs, security guards, and biometrics. Each system has its own set of advantages and disadvantages.

For instance, a CCTV will always have an eye on the surroundings, but it cannot physically intervene when a robbery or theft is in progress. A security guard, on the other hand, may be able to stop a robbery in progress, but they may not have the vantage point of a CCTV.

British designer, Jamie Martin, has conceptualized a home security system that has the permanent eye of a CCTV and the human ability to prevent or stop a robbery. Martin’s concept security system is called ‘Sentrybot’, and it promises to offer a complete security solution as far as home security is concerned. 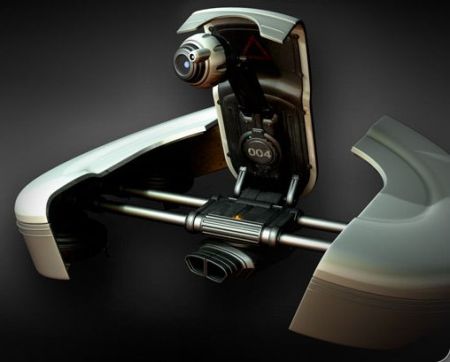 Sentrybot is not just a security system, but an entire defense system that will provide round-the-clock protection for the house. Crafted from next generation technology, Sentrybot eliminates the need to have alarms, CCTVs, or security guards because the intelligent home security concept is a combination of all three systems. It is a one-stop solution that will take care of all your security needs. 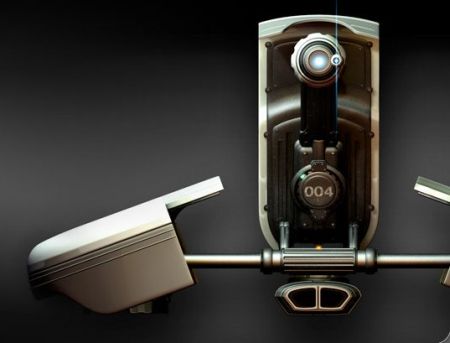 The futuristic home security concept is an assembly of awe-inspiring design and breathtaking devices. The security concept has a revolutionary weapon known as the Solid Plasma compact weapon attached to its base. The Solid Plasma would incapacitate any intruder with minimum fuss. Attached to the head of the mobile security system is the permanent eye of the system that has ‘Intruder recognition’ software installed in it. 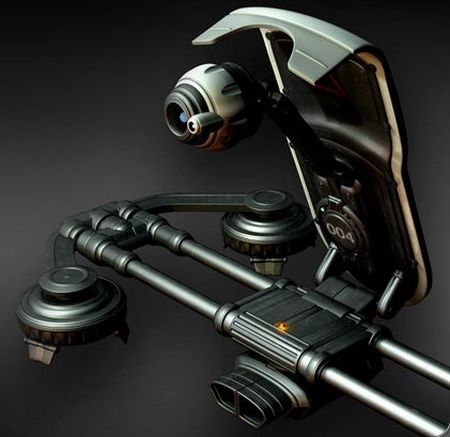 Intruder Recognition is an A.I. enabled program that constantly monitors the perimeter of the house for unidentified faces. The software is intelligent enough not to attack any unknown face; for instance, the mailman or the pizza delivery guy. Intruder Recognition alerts the security system to fire its compact weapon only after studying the movements of the intruder. 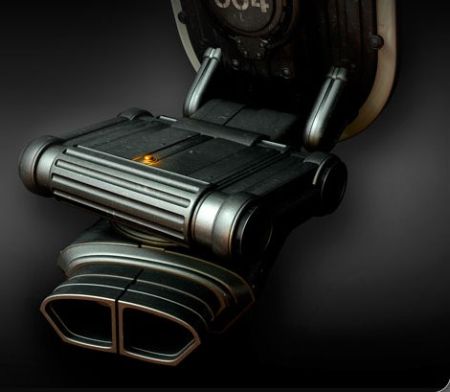 A home security system is regarded more for its functionality than its design. The Sentrybot, with its futuristic design aesthetic, matches its performance with its shapely looks. The mobile security system is oval with two wing-like devices at each end and a central ‘head’. The head portion of the system contains the permanent eye. The ‘wings’ of the system house the thrusters that enables Sentrybot to be mobile.

With its impressive functionality and design features, the Sentrybot seems to be the future of home security systems.

Human Eyeball Webcam and SRV 1 Blackfin Mobile Surveillance Robot are other security options that you can look at for protecting your homes.