If the restaurant’s live band makes it hard for you to hear your conversation partner, Soundhawk might help lower the volume of unwanted sounds.

Described as a “smart listening system” by the manufacturer, Soundhawk looks like a Bluetooth headset and could easily be mistaken for a hearing aid. While it does make use of that particular wireless technology to connect to your smartphone, the scoop-wireless microphone combo doesn’t have much else in common with the devices mentioned previously. 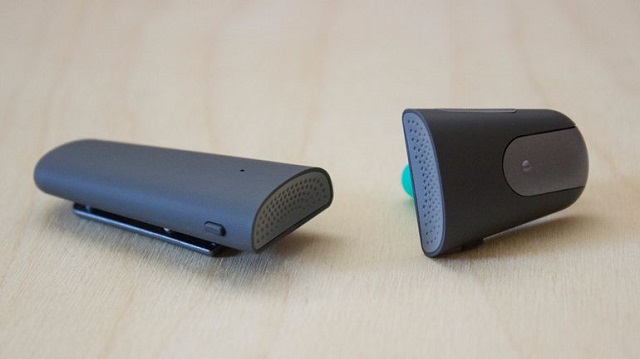 Dr. Rodney Perkins, the founder of Resound and one of the world’s leading hearing health specialists, was directly involved in designing Soundhawk, and the high quality of this device clearly reflects his input. 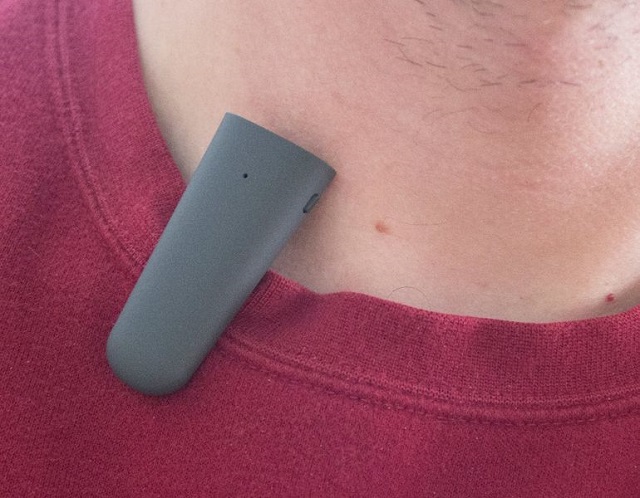 As seen in the above picture, the wireless microphone that’s part of the Soundhawk smart listening system comes with a clip that helps it attach to T-shirts, and clothes, in general. In terms of design and convenience, it’s hard to beat the Soundhawk, but that doesn’t mean that the system is flawless. The wireless mic, which you are supposed to place near the origin of the sounds you want to hear, emits a high-pitched interference sound. 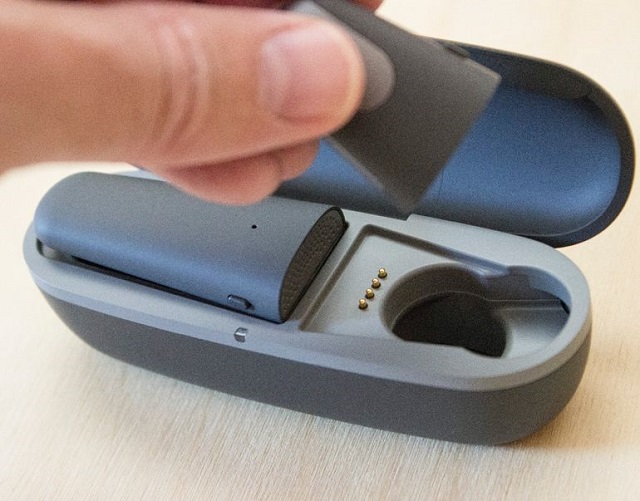 The case the two components of the system come in doubles as a charger for the wireless microphone and the Scoop. That’s particularly useful when you don’t have a power outlet around and the battery is low on one or both of the devices. At home or at the office, you can charge the Scoop and the mic using a microUSB cable.

Another aspect that makes the Soundhawk great is the companion app, which is available for both Android and iOS. First of all, the app transmits different settings to the Scoop depending on the environment you are picking. There are four options, namely indoors, outdoors, driving and restaurants. Needless to say, in each one of these scenarios there can be unpleasant sounds or noises that the Soundhawk will filter out. 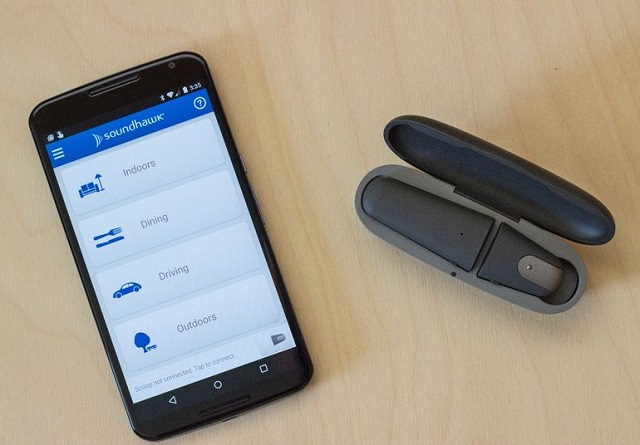 It’s also possible to fine tune the sounds you are picking by choosing the direction of their origin in the app. This is yet another aspect that sets Soundhawk apart from other pieces of similar equipment. 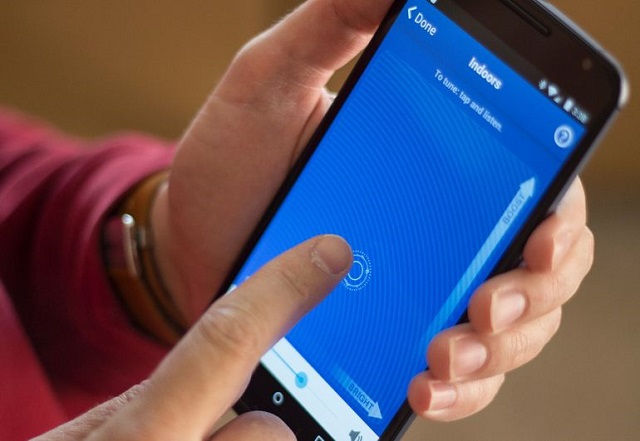 The Soundhawk smart listening system is currently available on Amazon

for $349, which may sound like a steep price, but still a lot less than what hearing aids cost.

Be social! Follow GadgetHim on Facebook and Twitter, and read more related stories about the phone controlling smart pants developed by Levi’s and Google, or the Wi-Fi support that’s coming to select Android Wear devices.