A Keychain That Belts Out Your Favorite Star Wars Sound Bites

Star Wars is a cult in itself. A generation grew up on it and the ones that followed continued to be a part of the fan following. People wanted anything and everything that was related to the movies. And so emerged a flourishing Star Wars merchandise market. 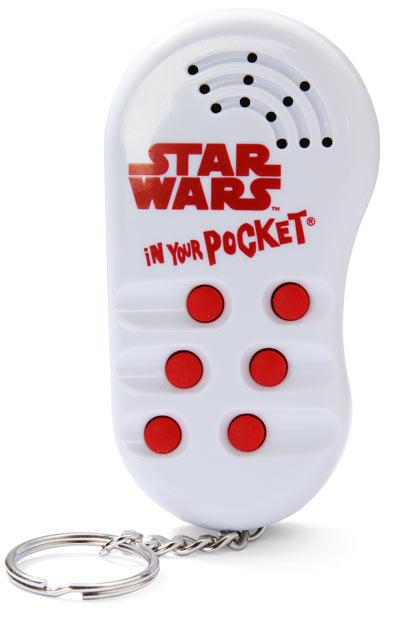 The latest addition to that is a cool key chain that can play some of the most memorable dialogues from the movie. It features 6 of them in fact: the maiden in distress- the lovely Princes Leia calling out: “Help me Obi-Wan Kenobi. You’re my only hope”; one of Yoda’s wise yet not so grammatically correct one liners- : “Do, or do not. There is no try”;  the great Obi-Wan Kenobi’s iconic dialogue- “Remember, the Force will be with you. Always.”; C-3PO’s- “We’re doomed!” ; the Lightsaber battle sounds; and the evil Darth Vader’s spine chilling breathing sound. Measuring around 3.5 inches in length, 2 inches in width and 0.75 inches in depth, this keychain is fine only if you don’t mind carrying a slightly bigger keychain. Best part, it runs for only $9.99

and could make the perfect gadget to keep the force with you at all times. 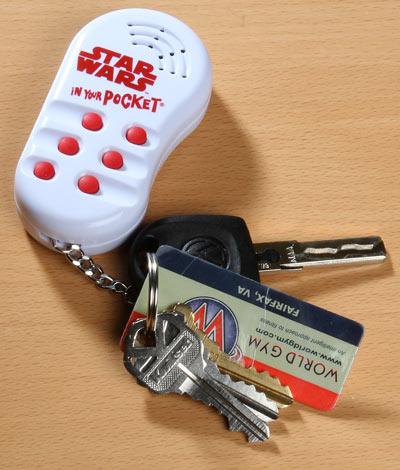 By the way, batteries are included. It’s surely a must have for all those die-hard Star War fans. For those few who are not, it still is a pretty interesting keychain. You could also check out this Star Wars Tie Fighter Model or the Darth Vader Figure.