Be it a working person or a teenager or senior citizen, practically every one loves Star Wars and that’s why, LEGO have designed this “Star Wars Storm Trooper Lego Silver Cufflinks” specially for all the Star Wars fans which will always be there with you, whether you go for an important meeting, party, exams or just strolling around the park. 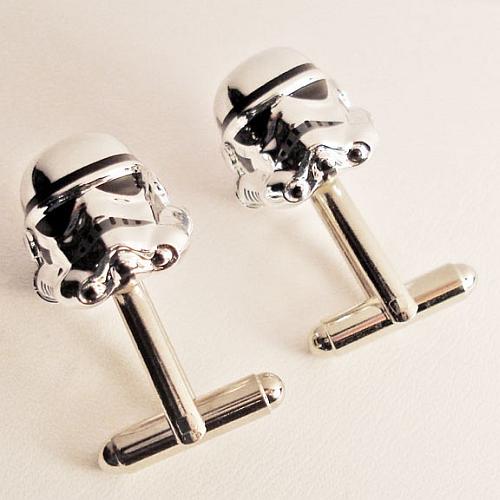 This RARE Chrome Star Wars Storm Trooper LEGO® silver toned cufflinks are not made of ordinary plastic material because as they are specially for Star Wars fans and so the LEGO team making it with a special material and prior to that they designed the whole cufflink and carved out the storm troopers face without missing even the smallest details of his real face on the metal and then used electrolysis technique to electroplated a thin layer of chromium on the metal Storm trooper cufflink. 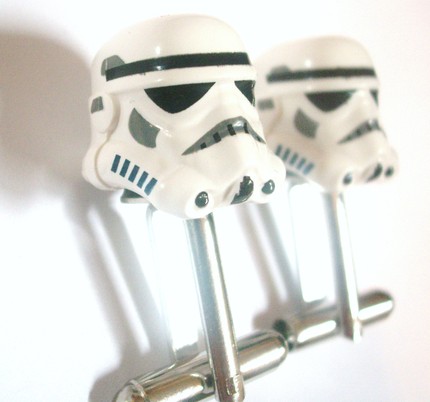 This chromium metal increased the beauty of this cufflink by making it look more lustrous due to which, even the slightest light will make your cufflinks glow like a 100 watt bulb and also increased the hardness of its surface allowing it to be with you for a long time. So whenever you want to change your shirt while going any where, just take out the cufflinks from one shirt and put it into another as this will match all the colors and designs. 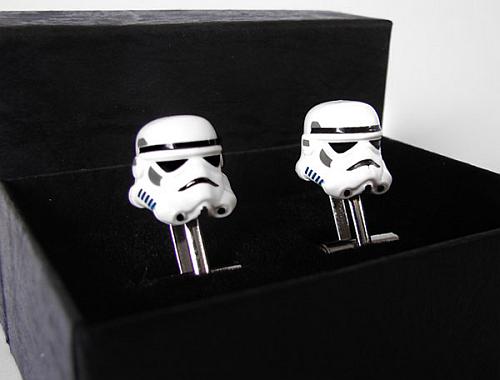 So I don’t think a true star Wars fan would want to miss this one as it has been made from an authentic limited-edition metallic chrome, so to buy this product, you need to pay $39.00 and you will also get a free red gift box to keep the cufflinks safe.