The device used for scanning areas while simultaneously interpreting and displaying data from the scanner to the user, a Tricorder also records all the information and it’s a vital device show in Star Trek. Being a Star Trek fan, I know that all those who love Star Trek are familiar with it and have wondered how wonderful it would have had been a member of the star fleet and if they owned one Star Trek’s official Tricorder. I guess half of your dreams are coming true because now even you can own one Tricorder without being a member of Starfleet. 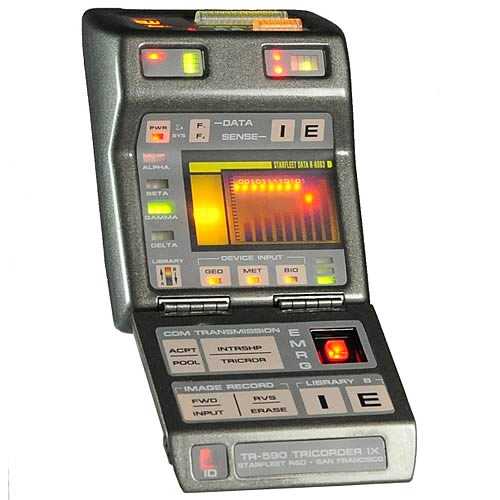 Here is the replica of the original Star Trek Starfleet “Mark IX Tricorder TR-540” which is a signature edition. The best part is that it has been made from the original prop materials specially supplied by the prop maker of Star Trek. It has rocking features for its exquisite sound and LED effects with lights. This 4 inch tall Tricorder has also been made with high-quality die-cast and injection-molded plastic construction along with a numbered signature plaque signed by Brent Spiner. His character of Lt. Commander Data will be more recognizable with you people. 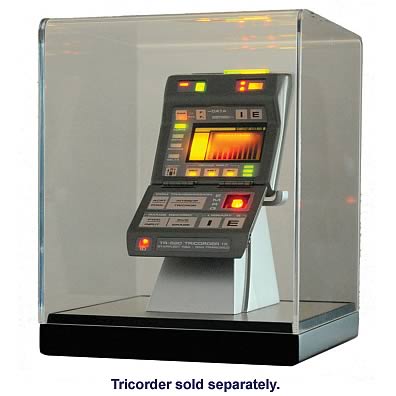 This Tricorder is a replacement of the TR-580 which was used in the television series Star Trek: The Next Generation. Don’t worry, it retains all the features of its forerunner and is much smaller then that. Its dimension 4 inch tall X 3 ½ Wide X 1 ¼ Long makes it portable and versatile handheld scanning device.

I bet this will be an excellent addition to every Star Trek fans collection. If you want to buy it then it can be yours for $348.99. Hurry up coz it’s a limited edition with only 1000 pieces.

You can see some few more stuff like Nintendo Game Boy Wallet or you can see Lilliput Mini USB Monitor , which you may like.