Yes, the PS3 SLim is out and everyone is so excited about the release, the specs and the amazing update, but I have a feeling that the old Phat PS3 Mods will always look better, for it is as if they have more meat on them to play with. One amazing example is this Steampunk PS3 Mod that looks too good to believe it is a functional Playstation 3 game console. 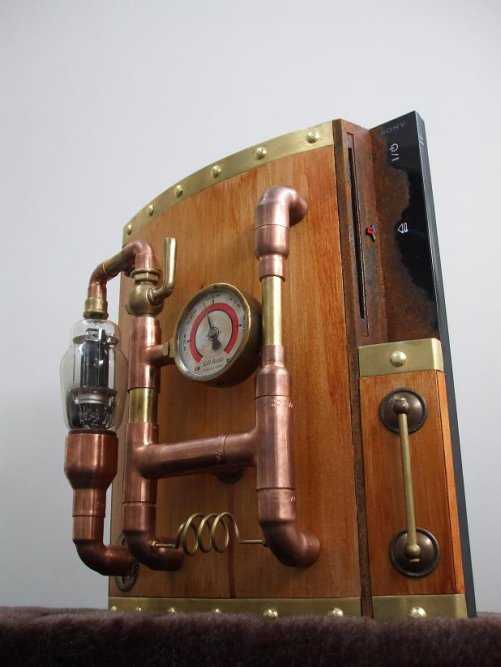 This amazing Playstation 3 mod was created by BrassGoggles and provides good looking Steampunk Art that keeps the PS3 warranty intact, for it does not take apart any pieces but just adds a touch of art. 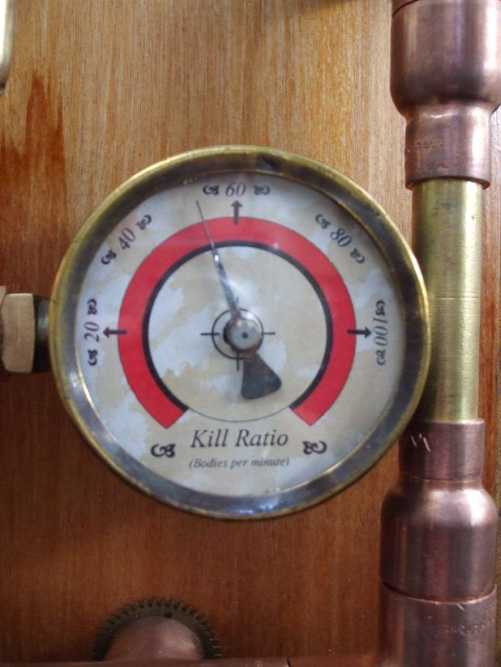 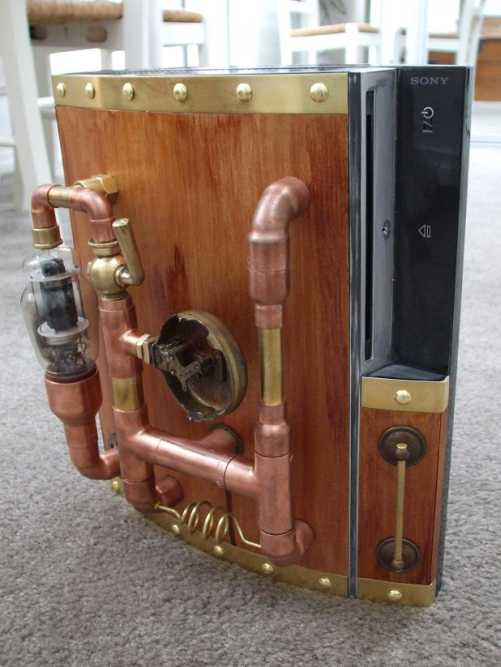 As mentioned by MadUncle, the parts that were addedf for this cool mod are: old radio valve, a pipe valve, a pressure gauge, assorted brass plumbing parts and some trim. The wood veneer was then aged with a few coats of varnish. 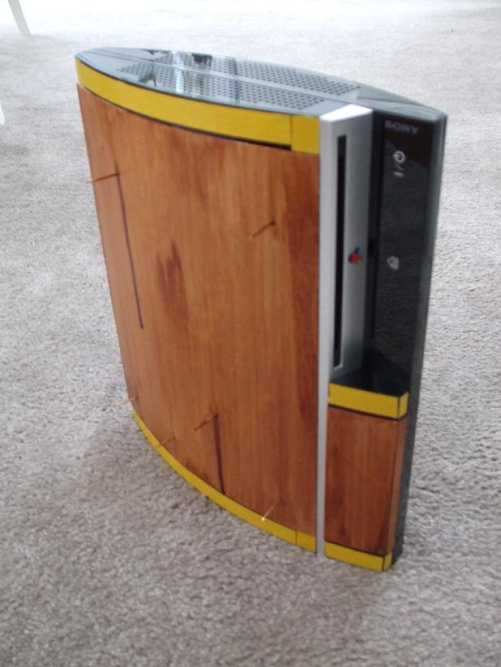 The result is an amazing Steampunk artpiece that is also a functional Playstation 3. Over all, the regular Fat PS3 is not one that you move around much anyways, so you could rest assured such a project will have hands kept off of it. 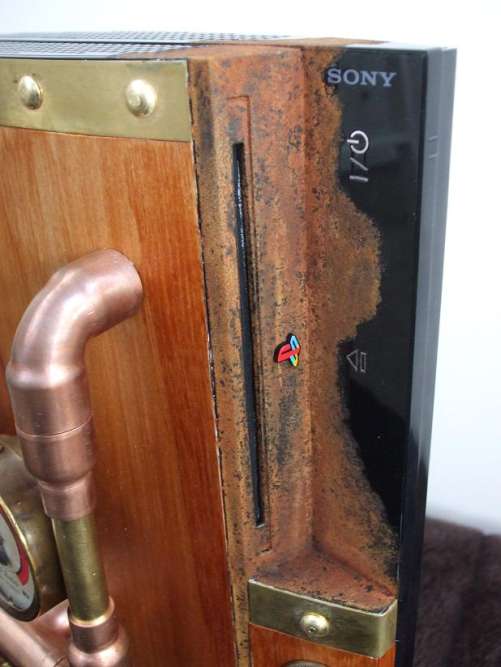