A mere bow and arrow, the history of which runs back a long distance into time, is not as mere as one thinks it is. What immediately comes into mind, when one hears bow and arrow, is the fiction hero Robin Hood. Besides being Hood’s armor, it was Arjuna’s guard too in Mahabharata and there have been quite a number of mentions to the usage of bows and arrows in the Holy Bible. But besides being a weapon of destruction, it has also proved to be Cupid’s, the Roman God of Love, weapon, as love arrows, that he shot to make people walk into love. Hence, indeed the bow and arrow carries along within itself a long history. The initial usage of bow and arrow travels back to the Stone Age. During the Mesolithic Age, weapons were carved out of stone and one such was the arrow. The arrow heads were triangular and pointy and the tips were burned to make harden them. Timber was used to make the shaft of the arrow and so as to make the arrow fly straight, feathers were attached on either side of the shafts. This weapon was mainly used to hunt animals and also for self destruction. 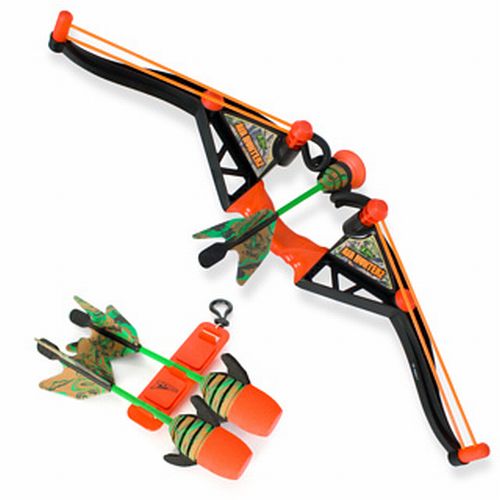 The oldest remains of bows discovered date back to 8000 BC. Some of them were made of elm wood and their tips were pointed and they were convex in the middle. It was around 1200 BC that cross bows were developed in the Roman and the East Empire. Gradually the longbows were invented too which became the most preferred weapon by the English. But soon, the invention of gunpowder brought down the usage of bows and arrows. But archery, as a sport, still is famous and generation today, still seek to master the art. 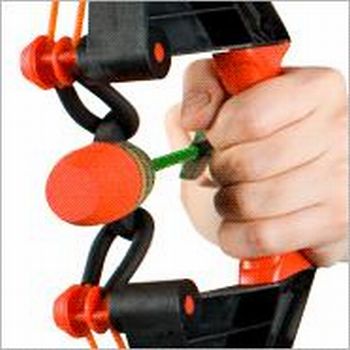 So, worry not! Become the Robin Hood amongst your folks, attire up like a Red Indian or become the Cupid and create love and grab your weapon, the Air Hunterz Z-Curve Bow. It flings the arrow pretty powerfully and it works like any normal bow and arrow but is supported by pimped-up technology. One has to handle it like how anyone would work out with a normal bow and arrow. Place the arrow, pull it backwards and then release! The functioning is the same and the arrow can be shot for over as far as 100ft. if aimed well. But it is not going to cause any sort of danger like piercing into human skin, since the arrow ends are made out of a material that is squishy. Also, the bow has four tubular bands which supply the fire-power to shoot. The middle of the bow has a pistol style grip which will help you in positioning and steadying the bow before shooting. 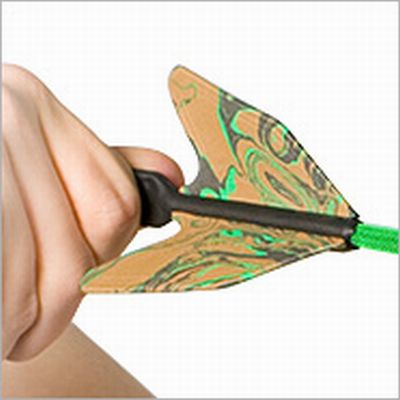 , the package includes a bow, an arrow holder, and three arrows out of which one is a Zartz suction cup arrow. Also, it has been made clear that the toy is only for kids aged eight years and above. 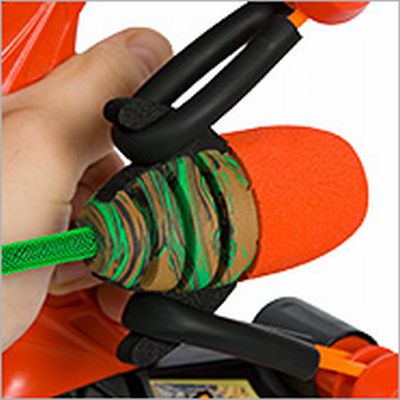 Games are the best way to get some relaxation. Why don’t you also check out The Da Vinci Catapult Kit and Magnetic Accelerator Cannon?