The Mob Sports Car – Made From Liquid Wood!

Now this is what we call creativity! This car, known as The Mob was a proposal to Toyota as their new sports car by Jorge Marti. 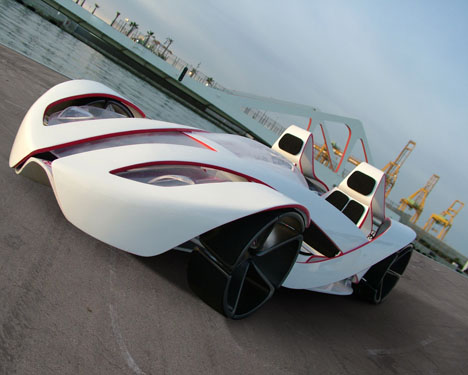 Jorge is an automotive designer, and he designed this car to be an extreme sports car. He used two films to create the whole structure of the car which includes the exterior, dashboard, interior, and the seats. The transparent central area of the car makes it more thrilling to drive this one. Basically, the central area is kept transparent so that the driver can actually see the ground underneath. That’s really something which I think would thrill the driver to the fullest!

The wheels look more like blooming flowers, and the overall car is made from liquid wood. If you are wondering what liquid wood is, then know that liquid wood is made up of organic waste wooden materials. These materials can easily be molded into any shape. The overall dimensions of the Mob are: 3643×1787x1063mm. Now here comes the best part – electric motors make the Mob an energy efficient car! 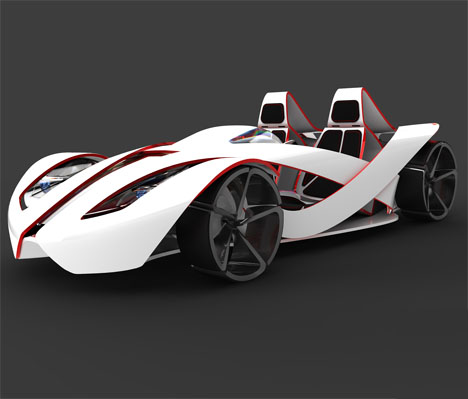 What I like about this car is that even though it is an energy efficient vehicle, it is designed exactly the same way a normal supercar would be. In fact, this one is better. You can’t really tell that it is an energy efficient car by its looks. The red outer lines make it look better actually or else it would have looked like a bland white car. The wheels are of ash gray color, giving a good contrast to the car. I hope that the color is solid enough to actually take it on the track. Most of the energy efficient supercars that we have seen, aren’t really that speedy and solid. This one however, does look solid and speedy at the same time. I hope it actually is! 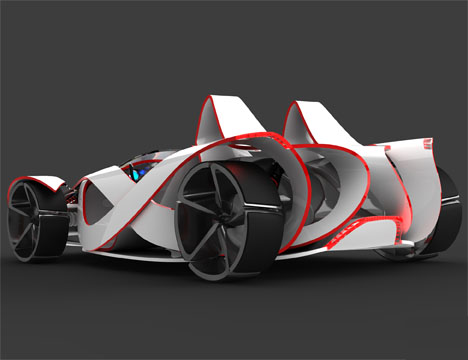 We won’t be seeing this vehicle anytime soon on the tracks, and I guess right now we can all pray for that glorious day to come. For now, good job Jorge Marti! 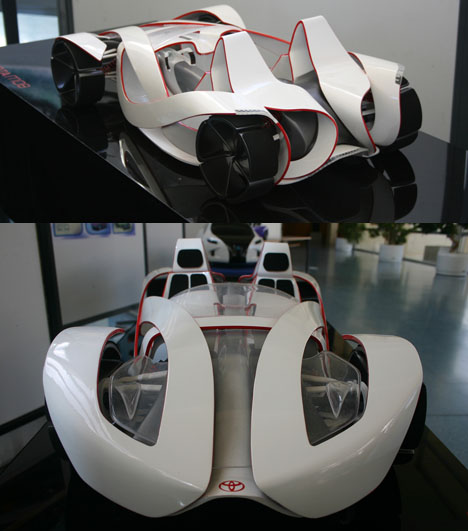 Check out some more concepts here: Credo E-Bone Bus and The Audi IceKraft.

2 thoughts on “The Mob Sports Car – Made From Liquid Wood!”