The Nano: A Mini Toy

Nanotechnology is widely considered to be the future of technology. Nanotech, as it is popularly called, generally deals with engineering structures that are between 1 to 100 nanometers in size; or in layman’s terms –microscopic. Fields such as medicine, engineering, chemistry, computing, military applications, and communications are extensively using nanotechnology to create new breakthroughs.

One area where nanotechnology was not expected to have an impact was the segment of kid’s toys. Hexbug, a toy company that manufactures mini robotic creatures in the form of insects (such as ants, spiders, and crabs) has derived inspiration from nanotech and developed a mini toy that goes by the name ‘Nano.’

Nano is a micro robotic creature designed to act like a real bug. The pint-sized toy is made from the highest quality synthetic materials and is one hundred percent kid safe. The body of the Nano is rectangular with linear articulations that mimic the body shape of a real life bug. The Nano is available in a host of exciting and vibrant colors that should attract and hold the attention of the kids. 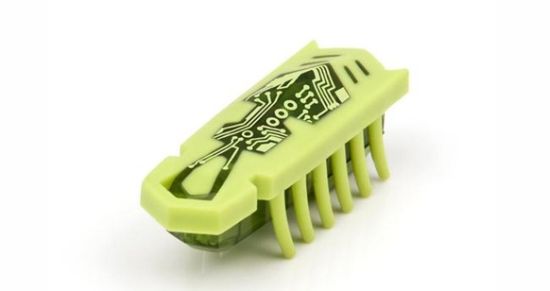 Though it is meant to be a toy, the micro robotic creature features inventive engineering principles, which elevates the intelligence quotient of the Nano. Beneath the cylindrical body of the toy bug is the motor which powers it. A counterweight rotates inside the motor that creates an upward force and a downward force. The downward force causes the legs of the Nano to bend while the upward force causes the legs to straighten. This upward and downward force repeats several hundred times in a second and propels the toy forward. 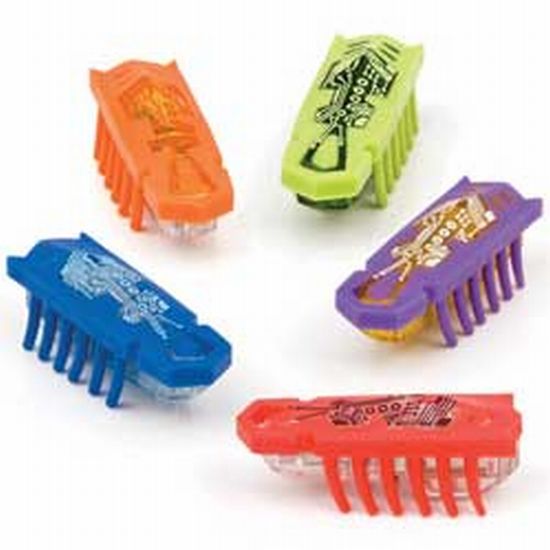 Like a real bug, the Nano can flip itself over when faced with obstacles or if knocked down. The counterweight that rotates inside the motor is, once again, responsible for the flipping action. The rotation forces combined with the rectangular body of the bug helps it to flip over. 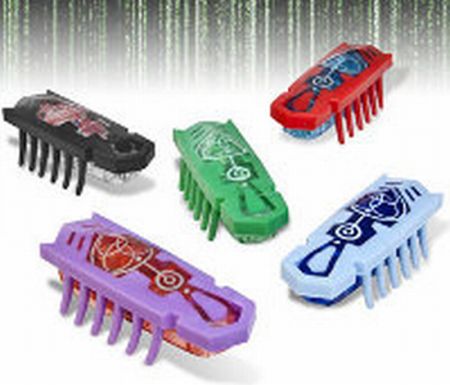 Kids can use the Nano in a variety of imaginative and fun ways. They could use the toy bug to play with their friends, use it to battle against each other, and even race it on a Nano specific racetrack that can be purchased separately. While the kids play with the toy, they would simultaneously receive knowledge and information about nanotechnology and its applications. 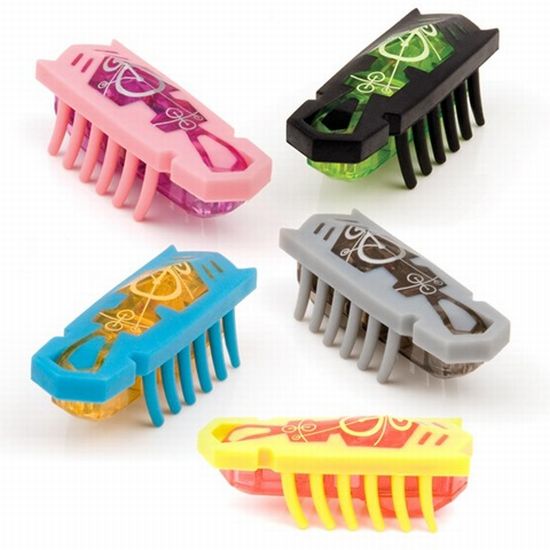 Nano is simple, safe, and kids would find it a source of clean entertainment. For more information regarding the micro bug, log on to www.hexbug.com/nano.

If you have liked this cute creature, make sure you also check out Robot Action Figure Keychain and Miniature RC Hummer.