Here comes another Star Wars toy! As we all know, the Star Wars fad can never ever fade off. It keeps on going on and on and on… Believe it or not. It has been more than two decades, still people haven’t forgotten the movies; and even now, they go all crazy as soon as they see a new toy or gadget relating to it. 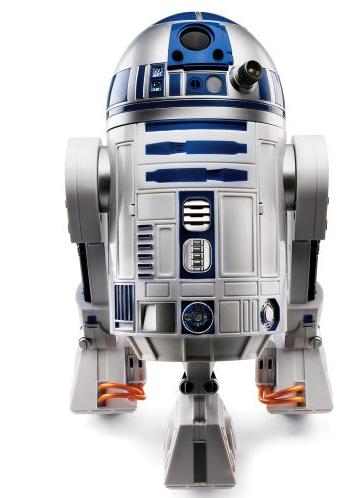 For today, we have this little ‘droid’ from Star Wars that has amused us to the limits. It is of course a replica but it works more or less the same way as it does in the movie.

What is it about?

Okay, so you do remember the droid from Star Wars, don’t you? Do you remember him talking and responding to humans the way humans do? Similarly, this motorized droid can respond to voice commands and obey your orders. Similar to the movie version, it can also navigate in the rooms and hallways. Believe it or not, it is one cool robot that can understand and obey more than 40 voice commands. Isn’t that like the best thing ever? For me it is, and I am sure for every Star Wars fan out there it is an amazing robot. Anyone who will have this thing in their house will surely freak out his or her guests. Imagine, your mom comes to visit you and this robot welcomes her, wouldn’t that be cool?

What’s more about it?

If you are still not impressed then know this – this robot can also play games like tag. It has an infrared sensor through which it can search for people in the room. Also, these sensors allow the robot to follow you and so on. The robot (R2) is integrated with sounds from the movie such as the sad sounds, being happy sounds, and the like. Honestly, if you have seen the movie you will know that this is the exact replica of it. The only factor missing is, of course, that this one has his limitations unlike the movie version.

which is in my opinion a pretty inexpensive price tag for the work it can do!