Tilt – An Ugly Case for iPhone 4

Apple Inc. has an impressionable design legacy. The Macintosh practically gave birth to home computers and Microsoft is still playing catch up with the Mac as far as design aesthetic is concerned.

Apple’s iPod has become a brand in itself and its super cool user interface and body design led the revival of the company. 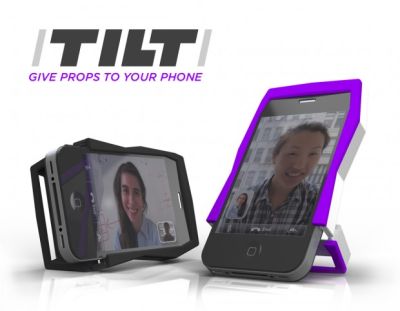 The iPhone came, saw, and conquered. Mobile phones will never be the same again after the first, full-touch, motion sensor iPhone by Apple.

The launch of the new iPhone, like any Apple product, has garnered a lot of coverage in the media. The phone’s slick design along with its crystal clear GUI has reviewers raving about the iPhone 4.

It’s called the ‘Tilt’- a bumper case for the iPhone. The Tilt is the brainchild of Quirky, which is a community-driven design website known for transforming potential product ideas into marketable items. Their product catalogue is impressive.

That’s why many reviewers think that the Tilt is probably a false step for the niche design company. And to be honest, it does feel like one when you look at Tilt.

It has an awkward looking hexagonal design that completely destroys the design aesthetics of the super sleek iPhone 4. The Tilt also has a poor ‘plasticky’ finish to it that makes it look like a pirated item from China.

When the Tilt covers the iPhone 4, the iPhone transforms from a piece of aesthetic marvel to an obtuse angled origami design, and not in a good way. Having said this, the Tilt is extremely cool when it comes to functionality. (Guys at Microsoft will be grinning).

The lower portion of the case can be folded back and serves as kickstand allowing the user to prop the phone in landscape and portrait modes.

The Tilt also allows the user to coil the phone’s ear buds and store in the middle portion of the case. Tilt is ugly, but also strong enough to shield your iPhone from any damages that may occur if the phone slips out of your hand. To sum it all up, Tilt is extremely ugly but functional too.

To learn more about such accessories, check out iPhone Jivo Leaf Cover and iPhone Rotating Speakers.