If there is an award function for watch designs, then Tokyoflash, with its huge arsenal of ultra cool watch designs would surely take home the big trophy. And to this ever growing arsenal, the 2000200202 comes as yet another entity. 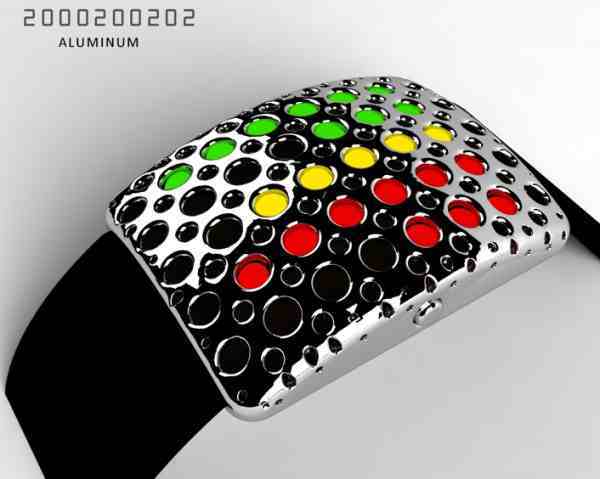 This fantastic watch design is something, I bet, many wouldn’t like to take their eyes off from. Meant to be an advanced version of the former 1000100101 watch design, this design has been submitted by a guy from Chile named Francisco. According to Francisco, 2000200202 is gonna be made from a single block of aluminum with carefully made perforations of different sizes, and with only some of them lighting up to show the time, which again, would be done with the help of fancy LED lights. The watch, which I guess would be for males, would exhibit a solid block, leather belts, and multicolor LEDs. 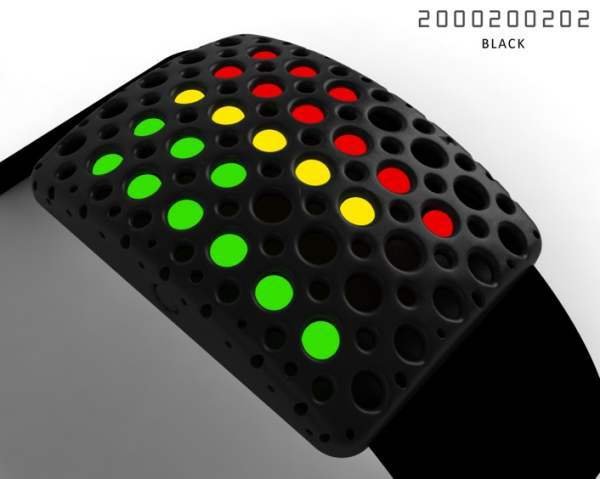 Time watching in this Tokyoflash watch, like the Tokyoflash On-Air, would be fun. There are gonna be 12 green LEDs that will represent the hour, 5 yellow LEDs each representing 10 minutes, and 9 red LEDs of which each represents 1 minute, and in addition, there is also gonna be a red light for PM. Date will be shown with 12 green LEDs to represent the month, 3 yellow LEDS for 10 days, 9 red ones each to correspond 1 day, and 1 yellow LED that will show the date mode.

Art fanatics should and would definitely go for it, I say. The geeks would find the perforations similar to craters of the moon adding them to the watch’s fan base. All in all a cool design, I can’t wait for it to become a reality soon and order one for myself.