TUL Suitcase Weighs Itself as You Load It

Considering that all airlines have restrictions regarding how much you can carry, owning a piece of luggage that let’s you know in real time how heavy your stuff is could save you a lot of time.

Having seen how airport workers handle luggage when loading it (and most probably also when unloading it) into the plane, I’m fairly confident that having a large, heavy-duty suitcase is of utmost importance when traveling. The TUL suitcase, which was developed by Australian company TUL Thustrelie, includes many interesting features that make it the perfect companion. Most importantly, it comes with a built-in scale, so you no longer have to lift it in order to appreciate its weight or to weigh it using another scale. 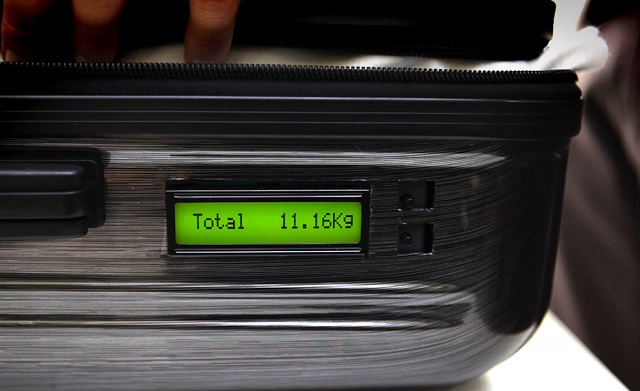 Impact protection is among the main things people are looking for when buying a new piece of luggage. The TUL suitcase didn’t take the Samsonite route, so its body won’t react well to physical damage. However, it comes with a PoronXRD impact protection jacket that should prevent the deterioration of the suitcase’s physical integrity. The suitcase jacket is incredibly easy to put on or take off.

This piece of luggage is also waterproof, so you can take it with you even in the harshest weather conditions without having to worry that water will get to your things. On top of that, the suitcase sports a TSA-compliant zipper lock that protects your suitcase’s contents from the beginning, right until you reach your destination.

The TUL suitcase was featured on Kickstarter, where its makers tried to raise the money necessary for mass-producing it. I say tried because the project’s funding goal of $95,000 was not reached. The campaign was a bit confusing, as a kit consisting of a TUL suitcase and a suitcase jacket started at $229 AUD and went up to $449 AUD, the difference being made probably the size of the suitcases. The standard version measures 64cm x 42cm x 25cm and weighs around 4 kg, while the Large one 71cm x 47cm x 28cm. The suitcase’s own weight might seem like a lot, but that’s really normal, since this is a hard case. Provided that the campaign was unsuccessful, I’m curious about the future of this suitcase, and whether its developers will look for funding elsewhere.

Be social! Follow GadgetHim on Facebook and Twitter, and read more related stories about the RYOBI Phone Works tool kit for DIY enthusiasts and the IllumiBowl clip-on toilet night light.

3 thoughts on “TUL Suitcase Weighs Itself as You Load It”