If aliens were to attack us, and decided to skate and not use supercool inter-galactic vehicles, then this is the skateboard that they would choose to glide on. Vertrax is a skateboard like no other you have seen before.

Vertrax was conceptualized by Bryson Lovett, an LA based designer who very creatively decided to wed a motorcycle with a skateboard to invent a mode of travel which aims to be portable, comfy, and yet appealing to the eye. The all white color scheme sure makes it seem like something you’d see in a Star Wars film or in today’s times, something that Apple would want to copyright. 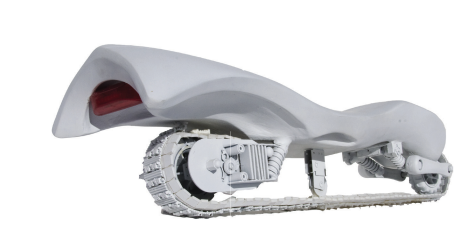 Vertrax is an electric vehicle, and runs on the chain mechanism famously used by motorcycles for ages now. The front and the back wheels are bound through the chain, which pulls the board forward.The curved board is angled forward which is the ideal way for a human to travel on foot and is bound to give the rider a lot more control than it would have if it were flat. The in-built suspension will allow people to access tough terrain and avoid the need for multiple modes of transportation. In spite of all these advancements, the Vertrax claims to be noiseless in its operation; hence zooming by and sneaking up on people like a ninja is a great possibility. 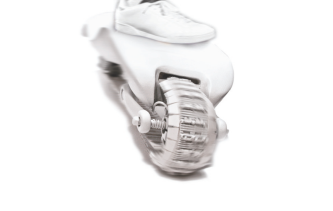 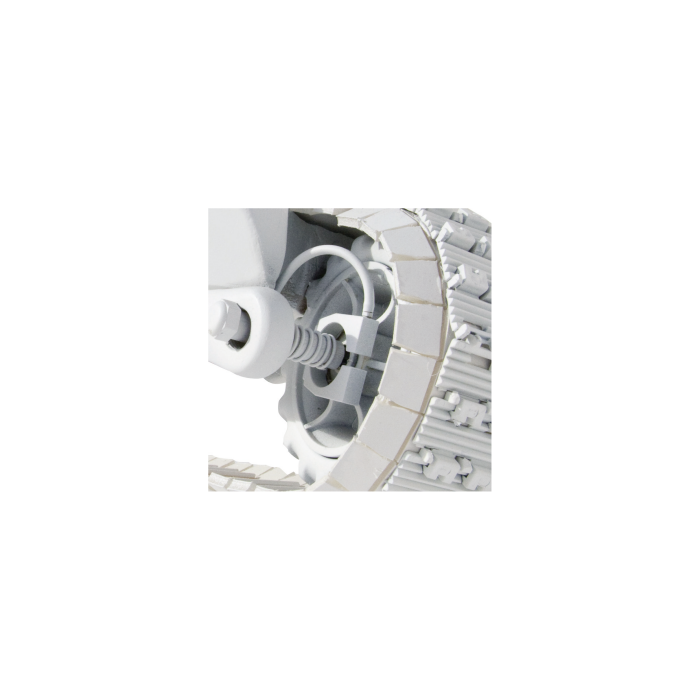 Though it’s bound to be heavier than a regular skateboard, the Vertrax is pretty mobile and can be carried anywhere you might find a use for it. I can already imagine skating down a sandy beach, or maybe down the snowy peaks of the alps. The only drawback i can think of is that it might take a little bit of time for a novice to learn to ride this; but since it’s going to be such an effective mode of transportation, learning curve is virtually a no brainer.

Alien threat apart the Vertrax looks to be a great new vehicle which can be useful to avoid traffic jams, and could be the new urban mode of transportation for today. However, remember what your mother said, No Drunk Riding!!!

One thought on “Vertrax – Skateboard Supreme”