“What’s Under Your Mask?” Will Help You To Unveil Your Soul

In every movie whether it’s horror based, superhero or based on some real event, you can see that an antagonist and protagonist are there but every character played in the movie has a different approach toward a issue whether he wants to destroy or save something. 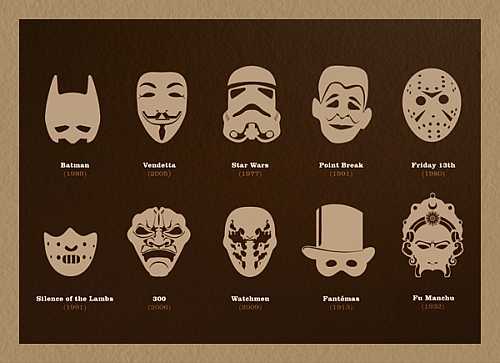 The same way, every people living in our society are different with diverse behavior towards any issue, even you can count it in twins too. As what we show or pretend to be, is not always actual the same in side our mind, rather say inner mind characteristically, it may be complete different antagonist or protagonist. This is what the German illustrator Adrian Pavic illustrated through his series of prints “what’s under your Mask?”, as he wants to ask ourselves that are we genuine as we looks or something different  and what role do we play in our society.

Are we like Darth Vader from Star Wars or Jason from Friday the 13th because if you see, both are antagonist but both have a different character? Even you can remember the movie “The Mask” paints the same logic. 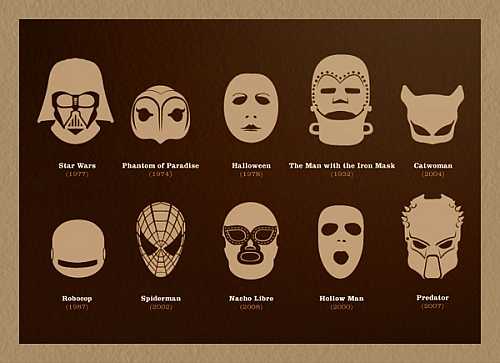 The same way, he has shown the example of almost all antagonists and protagonists like from batman, Spiderman to jigsaw, Boba Fett, a Spartan, Leatherface etc. He wants the people to know that what we see in movies are even though frictional roles but the character which the actor depicts in a movie, are the true characters of people who are living among us in our society may be different in front of us, behind our backs and even some people don’t realize what their true character is. 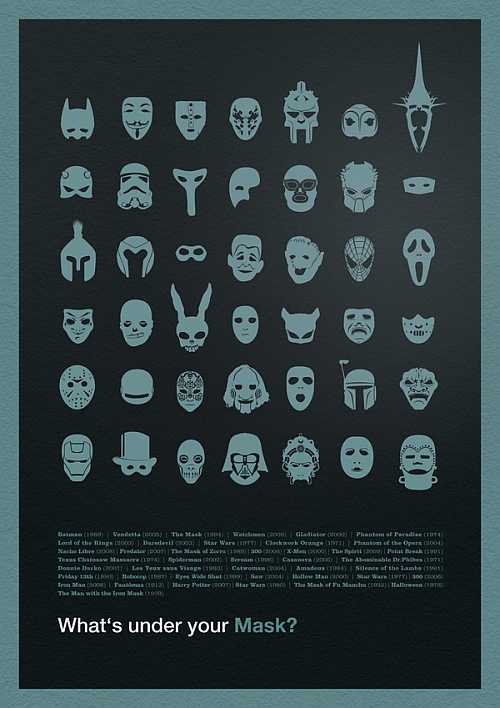 So if you are one of those who are still confused about their real personality, go ahead and ask your selves, who you are truly and what’s under your mask? 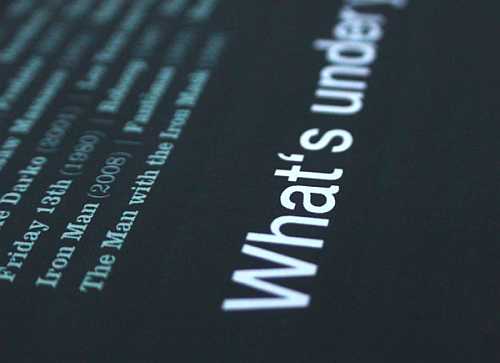 You can see some other attractive design creations like Dual Nokia M31 Cellphone or Spider Man Hat as a different choice.

3 thoughts on ““What’s Under Your Mask?” Will Help You To Unveil Your Soul”