Your first expression would be if it’s a bug or a robotic fly which has been sent by aliens to spy on us? No, this could be named as one of the wonder’s of Electronic world as the world’s smallest Ornithopter dating back to 875 AD when Abbas lbn Firnas, the first person to launch a rudimentary Ornithopter near Cordoba in Spain had opened the eyes of the people by proving that even non living things could fly. Even the world’s famous artist and scientist Leonardo Da Vinci also proposed a flying device after studying the flight of birds. As technology advanced with time, there was no stopping these scientists invented more and more advanced Ornithopter and now people have found technology’s worth by making this tiny (1″ H x 5″ W x 3 1/2″ L) marvelous Ornithopter weighting just 55 gms. It flaps its wings at a blinding speed of 40 times a second making it next to impossible for human eyes to notice it and used extra ordinary propellers or rotors for this device. 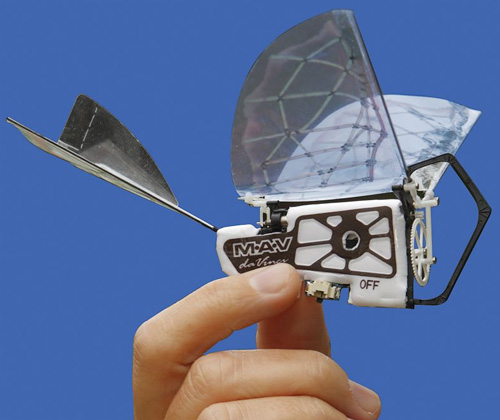 With the help of digital proportional flight control, you can turn it smoothly, make it climb, dive etc. with the dual-stick remote. As you can see that it has been made sturdy while being light framed as light weight plastic is used and tear-resistant Mylar covering is used on the wings and tail. In five minutes charging, its rechargeable lithium polymer battery provides it the power to fly for seven minutes. Remember that it’s with a price tag of $59.95

and for indoor use for a minimum age required 14.

You can see more like Bluetooth Speakerphone and even you can see Hovercraft boat also, which you may like. 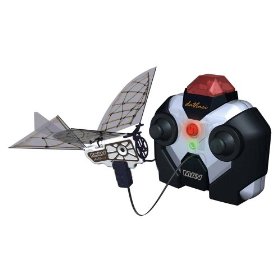