Bathe While Singing Your Favorite Tunes With The Yellow Submarine Radio!

This one is for all the anonymous ‘bathroom singers’ and radio freaks alike, a gadget that will allow them to tune in to their favorite tracks even while they are performing their daily task of keeping themselves clean. The Yellow Submarine Radio allows it’s users to enjoy a fun filled music session even while they are bathing! 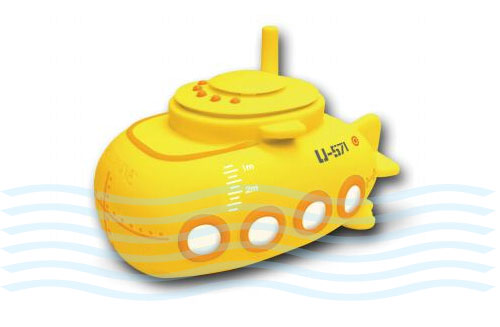 The submarine radio is a cool radio that is water-proof thus making it one of the most coolest and musical submarine ever, probably call it a submarine of peace (unlike the nuclear ones).

The music submarine is approx 6″ long x 4″ tall x 3.5″ wide and works on 2 AAA batteries (not included), and can be used in the standard baths, pools or even hot tubs! Selling for $29.99, this can serve as a great gift for any music fan or just for everyone who really enjoy a musical surrounding.

You can also have a look at the cool gift-able stuff like the Power Surf Board or the 3 in 1 geek pen that sings continuously rather than writing.

One thought on “Bathe While Singing Your Favorite Tunes With The Yellow Submarine Radio!”