Hugh Hefner has been idolized by so many men throughout the world, for he has started Playboy and with it received plenty of fame, money and attractive girls to hang around him all day long. 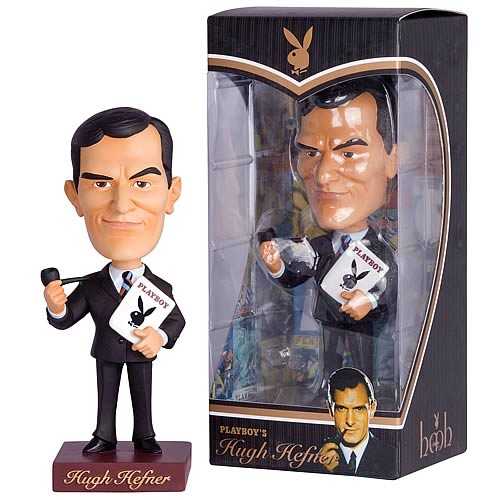 For a limited time, two different Hugh Hefner Bobble Heads were released, which show the Hef as the young Hef when he started and also a more current version as the older Playboy.

It may be that Men may not want Hugh Hefner hanging and bobbing his head in their crib, but it could also be set as a reminder for some college kids about the Playboy lifestyle.

For those that truly look up to the Hugh Hefner and appreciate thw rok he has done, the Yound Hugh Hefner could be found for only $18 and the older Hef is prices just the same. 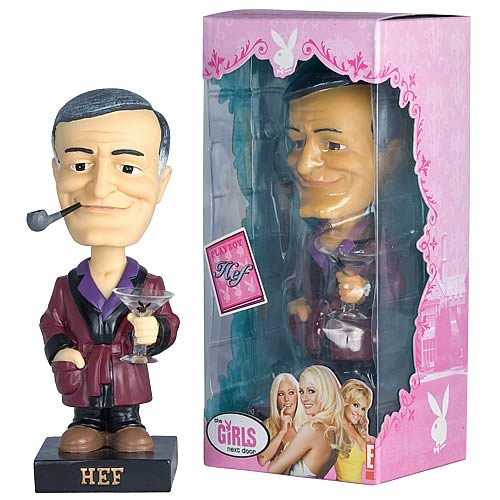