X-Men Wolverine Jacket As Logan Wore in the Films

This is truly a well made replica of Wolverine’s jacket as Logan wore in the X-men movies, which is both made to look a little worn and used and is an officially approved product. 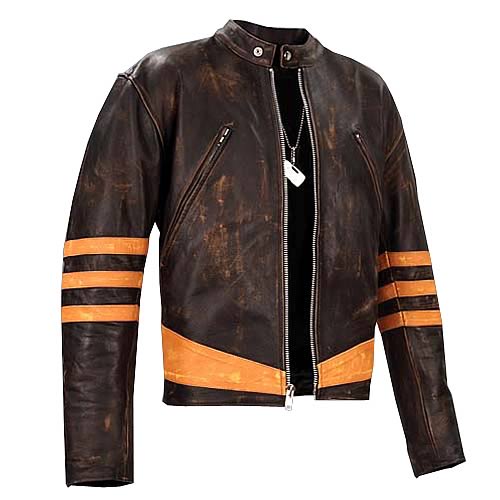 This Wolverine’s jacket replica is approved by both Marvel and 20th Century Fox as a replica jacket that is made like it should. Unlike different copies, this jacket that Logan wore looks simply great and could make your superhero fantasies come alive, but without the claws. Better yet, an actual Metal dog tag is also included with the jacket, so you could look and feel like LOgan was in the X-Men films.

You could now walk around as bad-ass as Wolverine was, no matter what he did. In addition, it is made from realy leather, so besides the Wolverine relation, you have a real leather jacket you could wear that fits in today’s fashion world. It runs for only $348.99, which is a tad high, but then again, you get a genuine leather jacket that is an approved replica of an X-Men movie prop.