Physalia The Amphibian Ship: As Nora Send to Save The World

Melting of ice caps like the size of the summer polar ice cap has shrunk more than 20 percent since 1979, cutting down of trees, degradation of our resources like water pollution, land pollution etc. are such lots of the issues which have been leading our plant to the judgment day every second. In this era of technology, the people were only thinking about how to improve the quality of life of the human being without even glancing at the degrading environment. 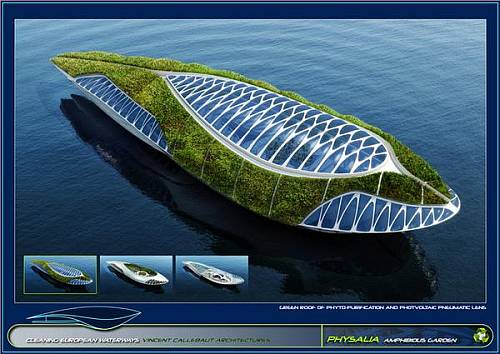 And at last the things are changing slowly because the scientists are now coming together to invent the product which will benefit the man kind by improving the environment. 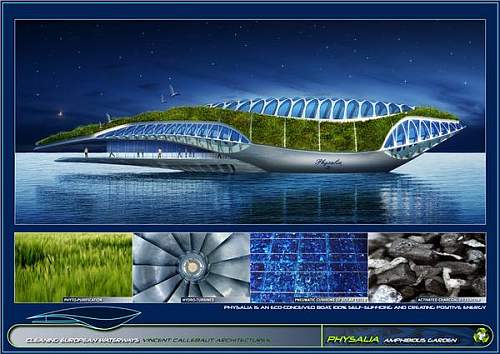 Here is one of those latest creations which are playing a huge role through the rivers of Europe in an attempt of reducing water pollution and saving millions of lives. This is “Physalia” which has been named after “Physalia physalis”, a marine invertebrate of the family Physaliidae and is also known as blue bubble. 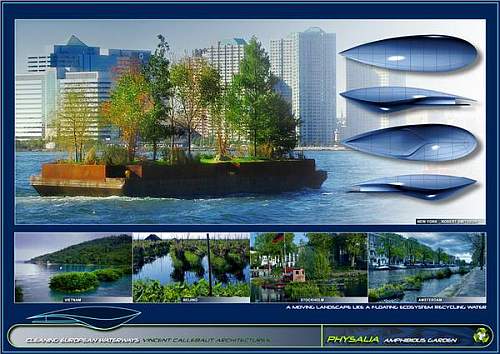 The idea of the whole project came in to the mind of Vincent Callebaut, the famous architecture. 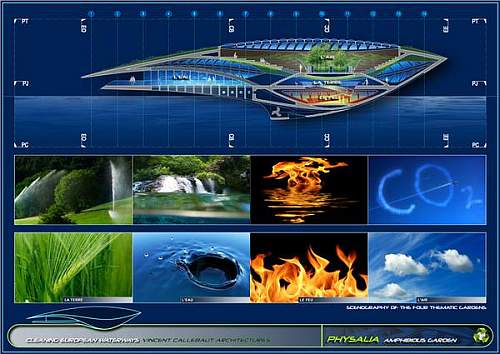 With a perfect symmetry, its oblong shape and its translucent aspect are not only the attractive things about it, but its going to be maid by carbon zero emission and its roof contains a double pneumatic membrane chiseled with smooth photovoltaic solar cells with hydro turbines under its hull, providing it power to float. 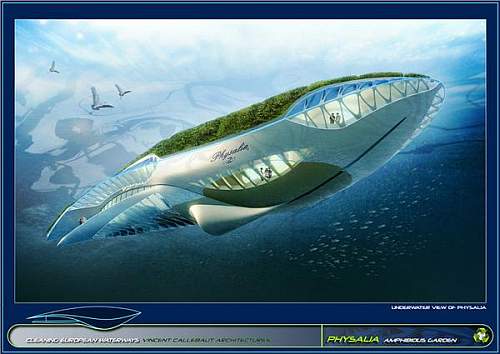 Its objective is to absorb and recycle by photo-catalytic effect which is the chemical and car-boned waste from the water. It also has four beautiful gardens which have been dedicated to the four elements water, earth, fire and air. 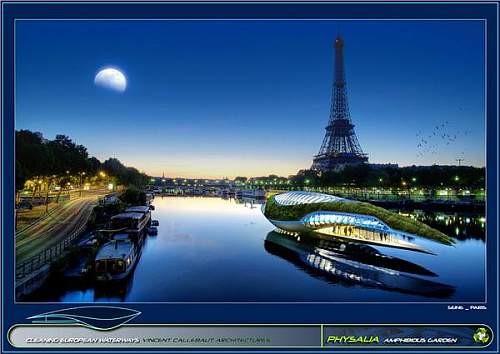 I can’t wait for it to get finished because the day it is unleashed, this will surely bring an immense positive change in our planet. 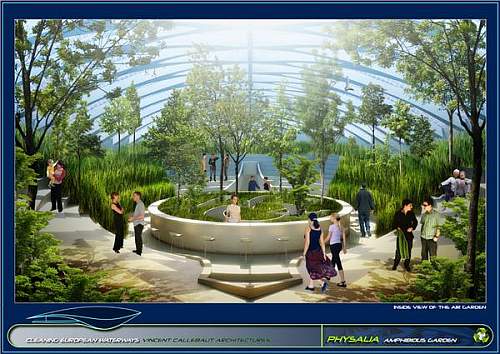 You can see the beautiful design like The 30th Century Globe and Dual Touch Nokia M31 for a change .

One thought on “Physalia The Amphibian Ship: As Nora Send to Save The World”